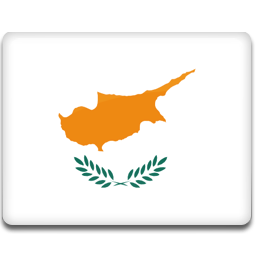 The Republic of Cyprus has since 1975 come a fairly long way towards firmly and irreversibly consolidating its position on the world Venture Map as a reputable, respectable and reliable international business centre.

Furthermore, the island has today one of the world’s largest ship registry and third party ship management centre and has developed a wide network of Double Tax Treaties that have contributed in enhancing the credibility of Cyprus as a plausible international business jurisdiction affording significant tax advantages in international tax planning. Furthermore, Cyprus has progressively established itself as one of the main transit trade centres in the Eastern Mediterranean, with efficient customs formalities, a reliable handling and delivery system and advanced regional warehouse and distribution centres.

The Tax Reform and Investment Legislation which applies since January 1rst 2003 aims to conform to European Union Law and the EU code of Conduct and abide by Cyprus the commitment to the OECD to eliminate harmful tax practices. It has made Cyprus a jurisdiction for holding companies and the consolidation of underlying subsidiaries and it complements the tax regimes of existing holding jurisdictions by providing an exit route for non EU destined dividends. Thus Cyprus enhances its competitiveness as an international financial centre and remains a perfect location for investments to and from Russia and Central and Eastern Europe. At the same time, ultimately having one of the lowest tax regime in the EU with a general tax rate of 12.5%, it is a stepping stone for investments to and from the European Union. Furthermore, the adoption of the euro currency since January 1rst 2008, has intensified competition and brought a more pragmatic approach to actual business trends. Cyprus has a very liberal Foreign Direct Investment regime for both EU and non-EU nationals allowing 100% foreign participation in almost all sectors of the economy and has established a ‘one-stop-shop’ operating under the Ministry of Commerce Industry & Tourism designed to simplify administrative procedures and allow the acquisition of all necessary permits and the completion of all relevant procedures in order to be able to set up a business/company within 7 days. Presently, the focus is on high technology research and innovation. The aim of the authorities is to reach the EU target investment level of 3% of the GDP by 2010 from government and private sector contributions and in order to achieve this, they are sponsoring various initiatives such as the creation of a Science Technology Park. Furthermore, in its quest to enrich the tourist product, the government has provided incentives to investors for the development of 4 marinas and 11 golf courses.

Cyprus is a three to five hours flight from London, Paris, Brussels, Berlin, Rome, Milano,Madrid, Athens, Moscow or Kiev, less than three hours from the oil-rich Arab countries, and half an hour from Tel-Aviv. It is two hours ahead GMT. Other assets of Cyprus are its strategic geographical location at the hub of three continents, its transport and telecommunication network, its stable democratic political system, and its good international relations as it is a member of the United Nations, the Council of Europe and the European Union since May 1st 2004.

Furthermore, it has the world’s second highest proportion of University graduates, a crime free environment, a well-developed socio-economic infrastructure and a European standard of living. Unemployment is about 3,9%, inflation is around 2,4%, GDP growth between 3,5% and 4,4%, the per capita income is about € 20550, and the fiscal surplus is of about 3% of GDP. Finally, the accountancy and auditing professions as well as the banking system are well-developed and organised and the legal system is based on common law with the continental system for administrative law.