Costas Indianos was born on January 2nd 1942 in Pallouriotissa, Nicosia. He was the son of Hariklia Indianos born Mouskos and Emilios Indianos, brother of the late Antonis Indianos who founded the Law Firm but had no children himself.
In1965, he graduated from the University of Oxford with a Bachelor of Arts Degree in Law, joined the Law  Firm as a practising lawyer and legal consultant, and got married to Helene Indianos. He was then admitted to the Degree of Master of Arts of Oxford University and took over the Law Firm from his uncle when the later died in 1968.

After the tragic events of 1974, between 1977-1983 he served as a member of the International Secretariat of the Council of Europe in Strasbourg, France, in the Department of Economic and Social Activities. As a member of the Secretariat of the Committee of Independent Experts he acquired wide and sound knowledge of Human Rights issues and matters through the monitoring of the application of the latter and participation in many meetings concerned with the widening of the ambit of the Convention in relation to certain rights set out in the Social Charter. Has actively participated in the drawing up of the Conclusions and Case-law of the Committee of Independent Experts.
Costas Indianos through the years became a practising lawyer with wide experience and specialization in commercial, business and corporate law with especial emphasis on the registration and operation of international business and shipping companies .

During his career, he was or practiced, inter alia:
– Member of the Cyprus Bar,
– Crminal Law and was involved in a large number of serious cases i.e murder, manslaughter, Bank robberies, fraudulent transactions etc as a defence lawyer with a very successful rate of acquittals,
– Civil litigation, commercial and corporate law (including off shore), Constitutional and Human Rights Law mostly in connection with the implementation of the provisions of the European Convention on Human Rights in Cyprus, International Arbitratins, private and public international law such as cases related to the Admiralty Jurisdiction of the Supreme Court.
– General Secretary of The Cyprus Bar Association (1967- 1972)
– Member of the Legal Committee of The Cyprus Bar Association and the Committee for the Taxation of Shipping and   Off-Shore Companies.
– Member of The International Bar Association.
– Member of the Cyprus Chamber of Commerce & Industry.
– Member of the Oxford Society of Cyprus.
– Vice-President of The Cyprus Football Association (1967 – 1974).
– Appointed by the Cyprus Sport Organization in 1997 as an Advisor to prepare the organization and all the scientific work discussion paper and other related issues and topics in co-operation with the CDDS of the Council of Europe for the forthcoming Informal Meeting of Ministers for Sport of the member States of the Council of Europe in Cyprus early next year.
-Head of international relations of the International Association for the Protection of Human Rights in Cyprus (1993-1995) where he participated in a number of Conferences organized in Cyprus and also represented the Association as a Speaker on Human Rights in Conferences / Seminars held abroad. 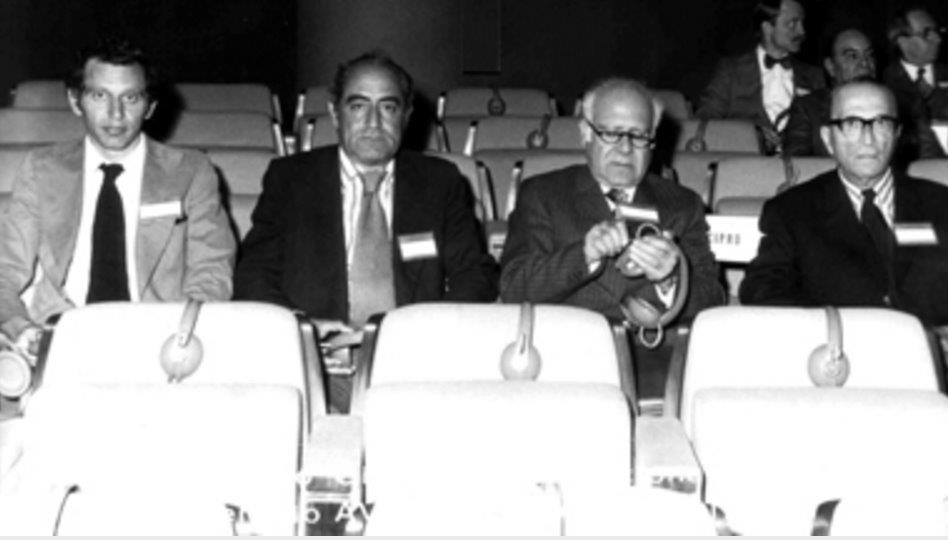 The Press Publications related to the life and work of Costas Indianos include :
– Press publication (1994) on Opinions and Judgments of the European Judicial organs compared to decisions of the Supreme Court of Cyprus.
-Study in the French language published in the Cahiers Juridiques et Fiscaux De L’exportation in 1991 on the “Constitution et Fonctionnement des Societes Offshore a Chypre”.
-Study in English on International Trusts, published in 1995.
-Report in English on Cyprus Double Tax Treaties, published in 1990, updated in 1995.
-Report on Off shore companies of limited liability, Branches, Captive Insurance Companies, Collective Funds and Banking Units and their operation in Cyprus, published in 1989, second publication (1991), third publication (1993), fourth publication (1995).
-An Article published in the Offshore Finance Yearbook 1997-98 on “Cyprus International Trusts, Collective Investment Schemes and Direct Foreign Investment in Cyprus.

The languages spoken in the Law Firm are English, Russian, French and Greek.